Vehicle Theft a Problem in Alberta 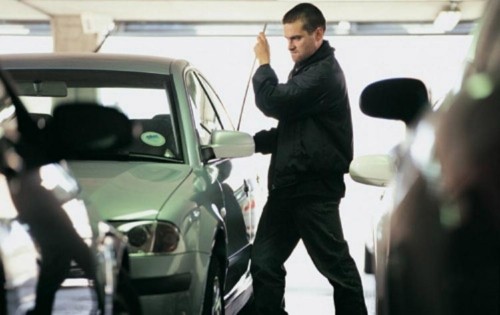 Why thieves love the older models of Ford pickup trucks

It’s the insurance claim you can’t make — to be compensated for the value a vehicle loses after being damaged in a crash.

Even when repairs are done properly, the diminished value means drivers lose money when they go to sell the vehicle.
Ford trucks once again topped the list of most-stolen vehicles in Canada, according to the latest report from Insurance Bureau of Canada (IBC). But the thieves don’t want the new models: it turns out that nine of the 10 most stolen vehicles are all pre-2007 model years.

Older model Ford pickup trucks dominate IBC’s Top 10 list this year. The 2007 Ford F-350 Super Duty four-wheel-drive pickup has been a top-three vehicle of choice for car thieves since 2014, topping IBC’s annual list four times since then. Usually the 2005 and 2006 model-year versions of the truck are a popular choice for thieves. “It simply means they’re easier to steal and there are lots of them,” Gast explained.

Of course, there are many reasons to swipe Ford pickup trucks apart from the fact that they’re easier to steal. As those vehicles age, there is an increased demand for their parts. Stolen vehicles are being stripped for replacement parts, Gast told Canadian Underwriter.

Furthermore, stolen vehicles are often used for committing other crimes and so, if it’s easier to steal an older car to do so, thieves will target them. Vehicles are also stolen for joyriding, to be resold to unsuspecting consumers, or shipped overseas where they’re in demand.

Regionally, Alberta’s top stolen vehicles mirror national data, as pickups in Alberta are more prevalent than in Ontario. IBC’s data show that in Ontario, luxury vehicle brands like Land Rover and Lexus make up about half the most-stolen list. Full-size sport utility vehicles like Chevrolet’s Suburban and Tahoe models are also commonly lifted.

In Ontario, “you’re starting to see that trend emerge where you have some of the newer vehicles [being stolen],” Gast said. “I think it’s important to note that even if your vehicle is not on that list, it’s important to really take the same precautions [to safeguard vehicles]. I don’t want anyone to have a false sense of security. The fact is, it can happen to anybody if you don’t take the precautions.”

Precautions include parking in well-lit areas and not leaving the vehicle running unattended so as to not make your vehicle an easy target. Installing a tracking device and an electronic vehicle immobilizer also helps.

The manner in which today’s vehicles are stolen has also come to the attention of IBC. Gone are the days of stealing a set of keys, for example. Fobs, which send electronic signals to unlock and start cars, are increasing the vulnerability of vehicles equipped with the technology, Gast said. Today’s car thieves are increasingly tech-savvy; they’re using wireless transmitters to intercept signals or are otherwise cloning the fob.

IBC reported that auto theft costs upwards of $1 billion every year to Canadians. Of that, $542 million come on the insurance end of things to fix or replace stolen cars.

The top 10 stolen vehicles in Canada